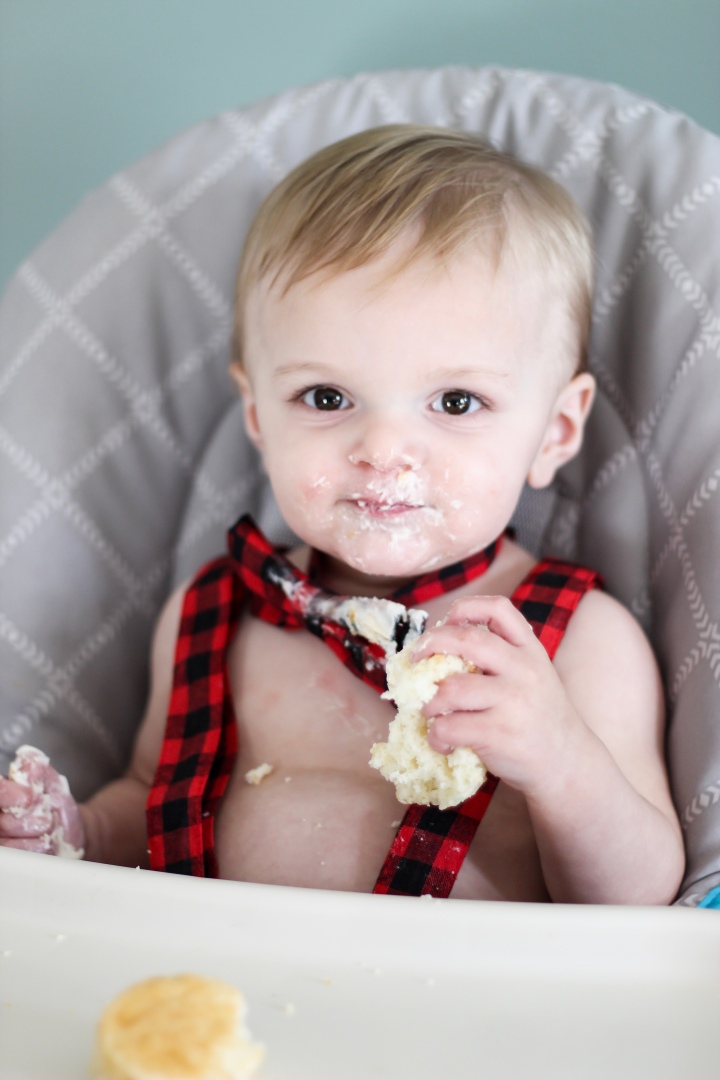 Hey strangers! We celebrated William’s first birthday this weekend and you know what that means…time for my semi-annual blog post ha! If his birthday party taught me anything, it is that I am not in control!! I excitedly pinned, planned, and prepped for this party for weeks and on the day of his birthday, he was sick from 2-5. Literally only sick for the hours of his party. If he’s already faking sick to get out of social obligations, then he is truly his mother’s son.

We still had a blast celebrating with loved ones. After all, the first birthday party was more about celebrating with those who have been there for us in so many various ways through the first year of his life (let’s be honest: William had no idea it was his birthday!!).

I went with a bear theme for his “bear-y” first birthday; I didn’t see anything exactly like it on Pinterest which was exciting for me but there were enough similar parties and photos that I wasn’t starting from scratch. I wanted it to be woodsy so I incorporated some natural elements, buffalo plaid, and of course some bears!

Between out of town guests and our sick little one, I didn’t snap as many photos as I would’ve liked but here are some of my favorite details that I was able to capture. If you are interested in any of the custom paper goods featured, you can message me here.

I bought a teepee a while back for a baby shower that we hosted and it was an admittedly frivolous purchase…or so I thought at the time. The teepee has gotten SO much use: it’s been my favorite part of William’s nursery and it made an appearance at the first birthday party as well. I love this little cozy corner that the kids had to play in at the party!

This would be such a fun idea for a kid’s corner during a holiday gathering or in a playroom as well. 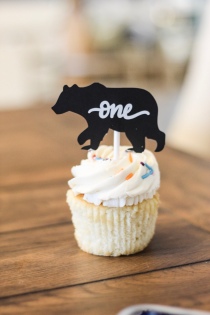 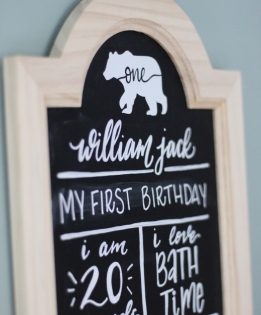 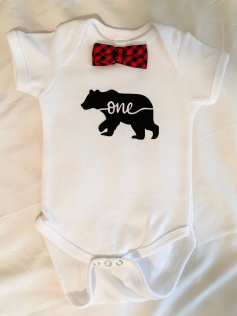 I used my Cricut to repeat the same bear theme throughout the party–on the smash cupcake topper, the 1 year chalkboard and a little onesie I made for him.

My favorite detail from the whole party was the apple cider station with the coffee cups that were personalized for the bear theme. Apple cider is perfect for occasions this time of year, not to mention that it makes your house smell amazing and is a great “set it and forget it” item for parties. I just mixed store-bought apple cider, an orange with cloves, and cinnamon sticks in the crock pot for a few hours before guests arrived. I had a few folks say they went to get seconds and it was gone (myself included) so it was definitely a hit but I’ll have to make more next time!!

We got the cake from Maddie Cakes, a local bakery which I highly recommend if you’re in the Winston-Salem/Clemmons/Bermuda Run area. Everything that comes out of that bakery is amazing and it’s also a great spot to grab a coffee with friends. If you’re wanting a similar look for a cake, you can ask for a vanilla cake with scraped vanilla frosting so that part of the cake is exposed. You can also ask for a semi-naked cake if you’re feeling PG-13.

The adults enjoyed the cake without the birthday boy and I was glad that everyone still stayed a while to hang out. Folks could grab a “Smore To Go” favor on the way out.

We did the cake smash the next day with William when he was feeling better. It was actually very special being able to enjoy the time with our little family. I think William enjoyed the Maddie Cake’s as much as we did!!

This post contains some affiliate links and I may receive a small commission from your purchase.

I live in North Carolina with my husband, son, and 2 pups. I have a love for lettering and hosting. More about me here! 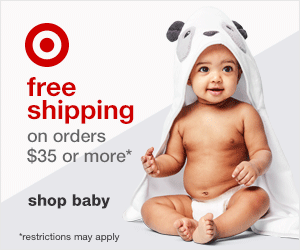 Amy Dazzo is a participant in the Amazon Services LLC Associates Program, an affiliate advertising program designed to provide a means for sites to earn advertising fees by advertising and linking to Amazon.com